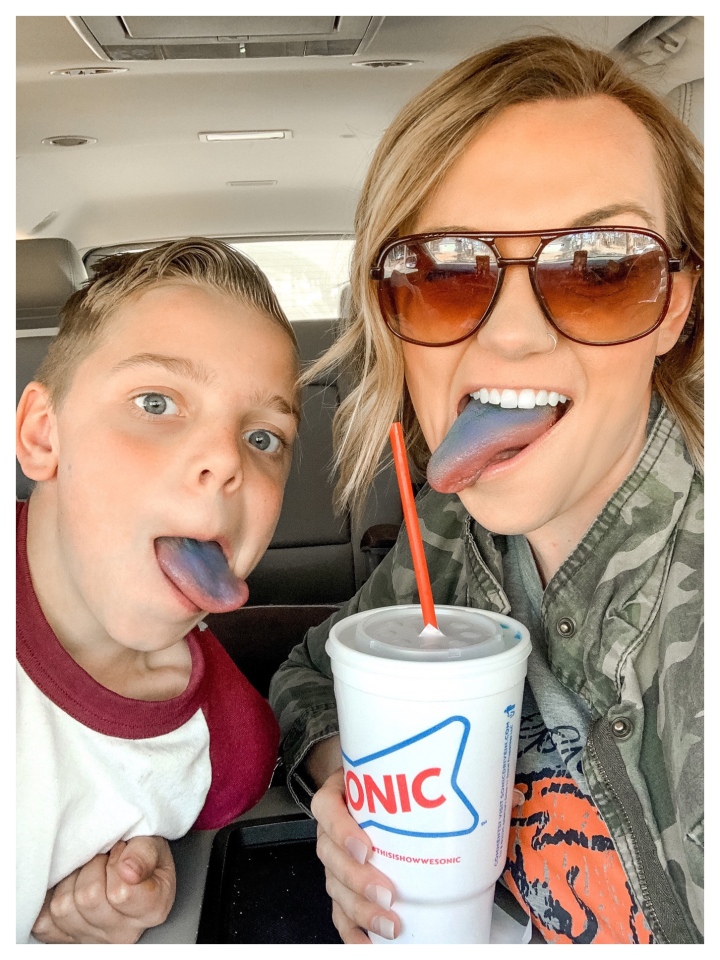 Last night, Boone said he wasn’t feeling all that well. Mr. Social very rarely gets sick, so I decided to keep him home from school today, just in case he was starting to come down with something.

When I got home from dropping the other three off at school, I expected to find him curled up on the couch, watching a movie. Nope! Not only was he up and chipper, feeling MUCH better, but I found him elbow deep organizing the kitchen cabinets. “I wanted to do something to make you happy!” He’d even done the dishes. 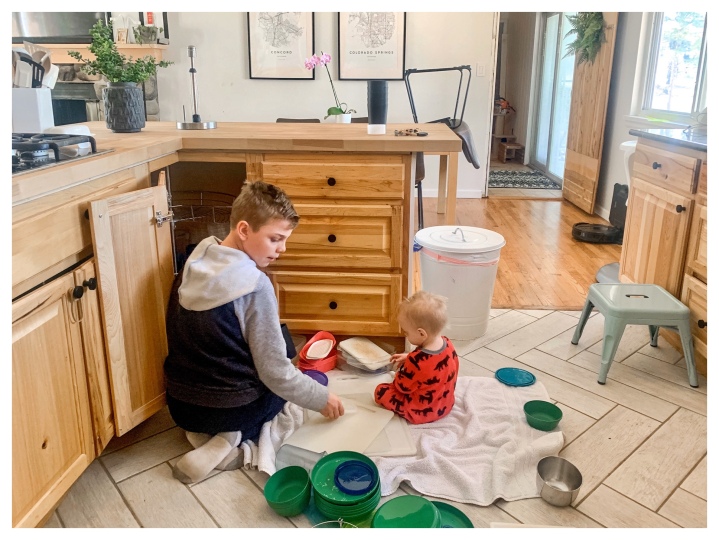 This kid is 100% our “acts of service” child. He thrives on encouragement and affirmation, something I try to pour into him daily.

Because he was feeling totally normal/healthy, I asked Ferris Beuller if he’d like to take advantage of his day off and have our monthly mom/kid date! You should have seen the size of his eyes,”REALLY? Okay!” I told him to make a list of things he wanted to do.

First stop: thrift store. He was inspired by Hudson’s impressive haul last week. When he would find something he really liked I would tell him to put it in the cart. He kept checking, “Are you sure this is ok?” I’s smile and nod my head, thankful that a $4 jacket could bring him so much joy. (Really trying to  ingrain  frugality in these kiddos) He ended up with an awesome jacket, shirt, sweatshirt, belt and some super rad Nike’s. Total haul: $27. We couldn’t leave before he picked something out for Lincoln.

It’s become a tradition on each of their dates to come home with something for the next sibling. Dixie brought home some brand new Converse high tops for Hudson, Hudson: a denim jacket for Boone, and now Boone: some pajama bottoms for Lincoln. (Trust me, he’s been asking for another pair and he’ll be thrilled.)

After we left the thrift store, we wandered over to Barnes and Noble. Boone has had a $20 gift card burning a whole in his wallet for over 2 years so it was time.

Due to the spontaneity of our date, little brother got to tag along. The matching was completely accidental!

We looked around for a bit, but he opted not to get a book. Instead, he found a handy reading light and LEGO set that, “Hudson is going to LOVE.”

For lunch he picked the Olive Garden. He wanted to make sure I was having a good time so he kept asking what I wanted to do. I kept reminding him that this was his day and I simply loved savoring our quality time together. He thought about it for a minute before asking if I could suggest a new place to eat that he hasn’t tried yet. This kid looooves trying new things.

When I suggested cheeseburgers at Sonic, he remembered how his dad had told him it was cool. (Have I mentioned Boone wants to be exactly like his dad?) Sonic was a win! He dubbed it his new favorite burger joint as we shared a Blue Coconut Slushy. With Crosby needing to nap, we decided to go home and fill the last two hours of our date with a movie. 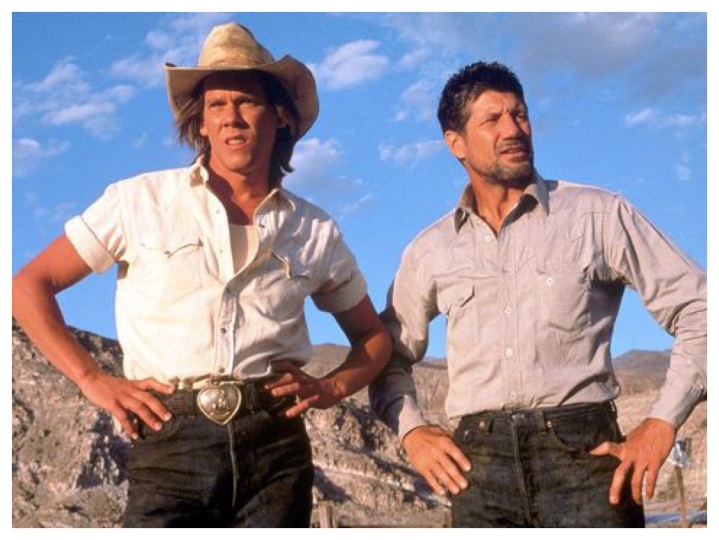 Months ago, we decided to introduce the two big boys to the 1990’s classic thriller Tremors. They’d just finished a Jurassic Park marathon, so I figured they could handle the Kevin Bacon cinematic masterpiece. Well, we made it about 6 minutes in before Lincoln expressed concern of impending nightmares. Ever since then, Boone’s begged to finish it with me.

Note: I’d forgotten about the language, however, it was just as awesome as I’d remembered. Reba McEntire, Fred Ward and Victor Wong (who Boone instantly recognized from 3 Ninjas, dumbest movie Johnny’d introduced to them to date.) I still think that my childhood movie suggestion beats Johnny’s. No contest. 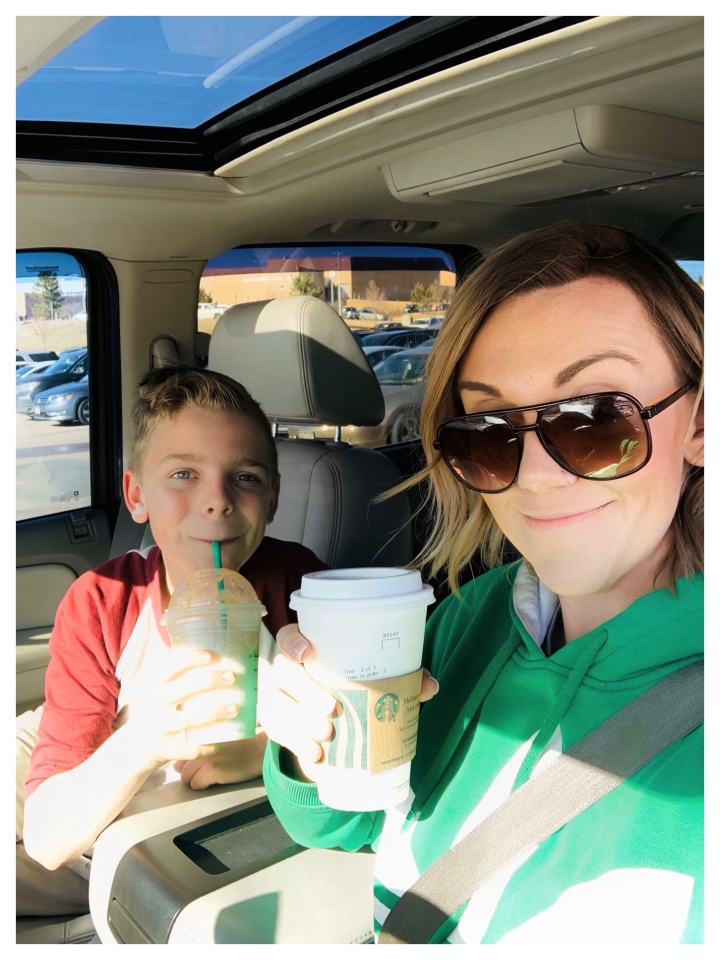 On the way to pick up the siblings from school, he wanted to treat me to a coffee to thank me for the “best day ever.” He told me that every minute of our day made him smile. It was perfect.

…But tomorrow you’re going to school.

3 thoughts on “Thurs-date with Boone!”