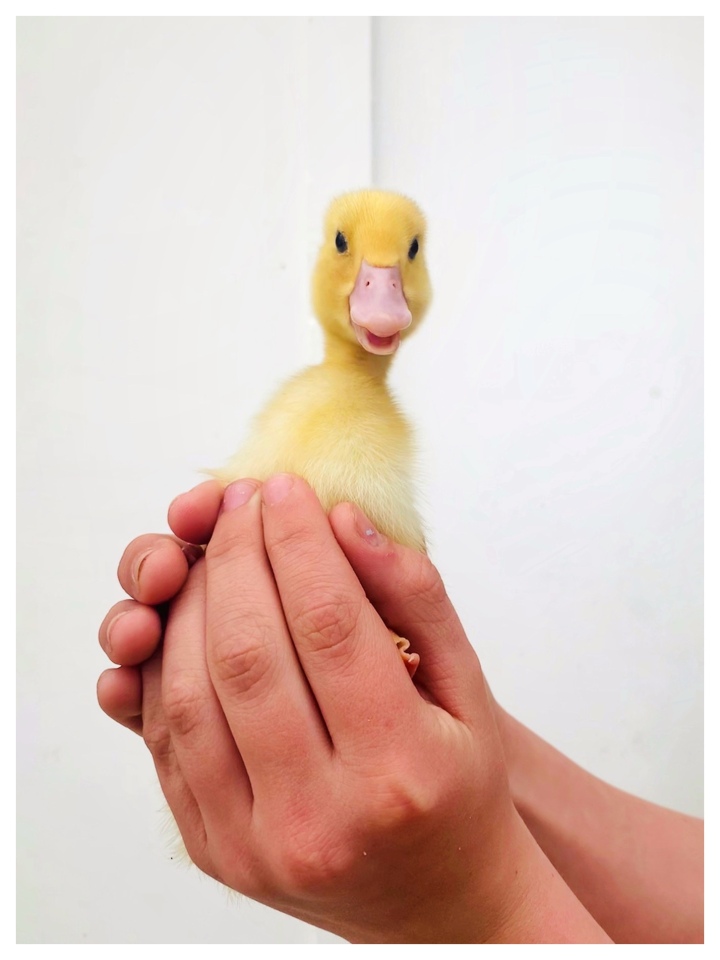 As I recently told a friend, “I don’t like cats and I am not really an animal person.”

Correction: I didn’t like cats and I wasn’t really an animal person. In October we caved and got a cat to take care of the mouse problem. Fast forward six months and we now have two cats, a dog, 10 chicks and are on the waitlist for a puppy.

This morning I was chatting with my girlfriend Shannon in California who was showing me her new ducks in her luscious garden. Lincoln was looking over my shoulder and said, “Oh, MOM! We neeeeed to get ducks.”

Rolling my eyes, I assured him we would NOT be getting anymore poultry. I mean come on, we got 10 baby chicks only three days ago. Out of curiosity, I hopped onto Google to do a little research. Sigh…Okay, fine. Google was compelling and ducks do sound pretty awesome. Plus, we have this gorgeous pond that would look pretty magnificent with a few ducks paddling around.

After calling my mother-in-law to see if she wanted to join me in taking the kids on a surprise trip to Tractor Supply (who just happened to have four day old ducklings available), we loaded up to “run an errand.” That has become code for the kids that a surprise is in store. I really should come up with better excuses to get them in the car without having to tell them they’re in for a new pet.

Thirty minutes later, we walked out with not two or three as planned, but SIX adorable ducklings. Oy vey. How does one go from zero birds to 16 birds in a week?

So, what have YOU purchased during quarantine?

One thought on “‘Ello, Duckie!”