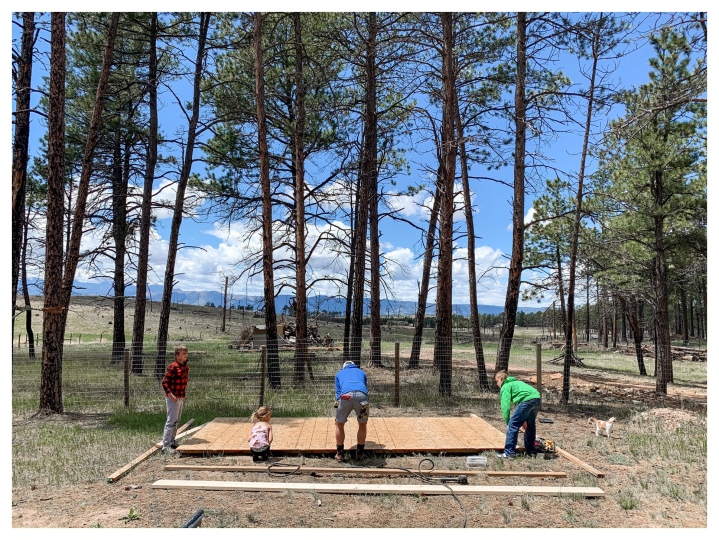 I may have been a bit eager to start collecting farm animals. I put the cart before the horse, or in our case, the sheep before the shelter.

The past two weekends we’ve had the privilege of hosting birthday parties for some dear friend’s kiddos! It was so fun seeing the kids playing with the chicks and the adults attempting to catch the sheep (somewhat successfully).

After a busy few weeks, today was LOAFING SHED day! Time to get the sheep and bunnies in their own shelter. No more sleepovers in the chicken run!

Puppydog Snow likes to wiggle herself between our legs for some snuggles. Always. Dixie is holding a different chick every time I turn around. She’s mildly obsessed with them. 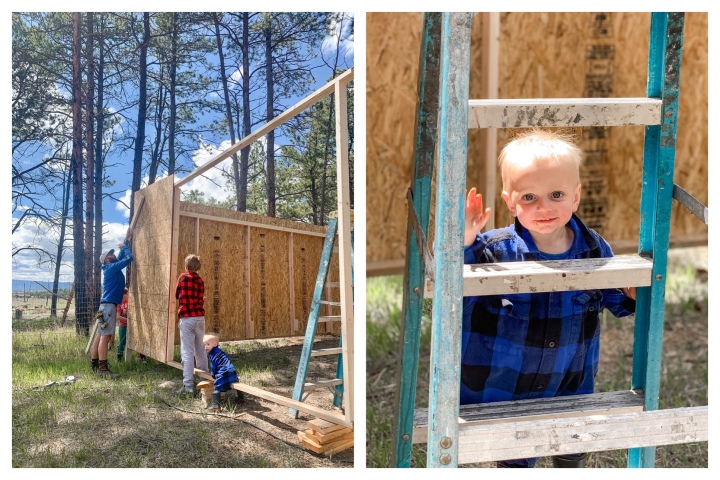 While “helping” hand daddy his hammer, Crosby decided to climb the ladder, point at it and proclaim, “Get doooowwwwn?” I legitimately believe he thinks that’s what a ladder is called at this point. 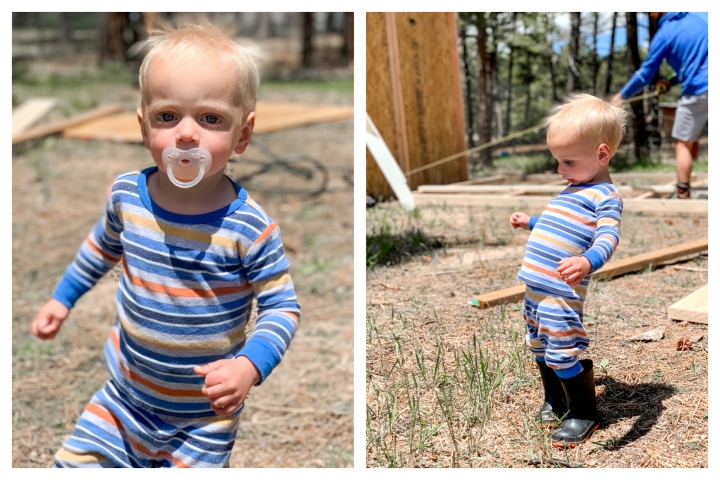 Boone and Johnny had to run to Lowe’s to get some rafters for the roof. This is just phase one. Phase two will include white metal siding and some fancy lights. It’s gonna be farm, but fab!!

Here’s a simple photo collab I put together. Kind of a basic guideline of future outbuilding style.

One thought on “Loafing Shed pt. 1”